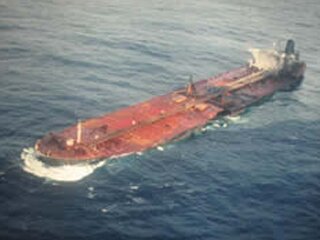 Early in the morning of 19th December 1989, Iranian tanker KHARK 5, carrying 280,000 tonnes of Iranian heavy crude oil, was damaged in a storm, exploded and caught fire approximately 150 nautical miles off the coast of Morocco, north east of the Canary Islands. The crew were rescued by a passing cargo ship. Four cargo tanks were damaged causing a spill of approximately 70,000 tonnes over 12 days. The fires were controlled quickly and on 1st January 1990 the vessel was towed away from shore to the open ocean as both Spain and Morocco refused the vessel entry into their waters. The salvage company repaired a hole in the vessel and, after some weeks under tow, trans-shipped the remaining oil into another tanker. Comparatively little oil reached the shoreline with some weathered lumps and tarballs stranding on a stretch of beach south of Casablanca.

The majority of the spilled oil was thought to have burnt, evaporated or dispersed. Dispersant was applied to the oil by aircraft and a Spanish response vessel approximately two weeks after the initial incident. However, the effect was believed to be negligible as the oil had weathered appreciably and spread widely in the interim. Clean-up of the Casablanca shoreline was undertaken manually using rakes, shovels and plastic bags.

Overflights of the casualty and floating oil were undertaken in the two month period following the initial incident in order to gauge the extent of the pollution. Advice on appropriate response measures was provided to the Moroccan authorities. ITOPF assisted the P&I Club to transport response equipment and technicians from the UK to Morocco.