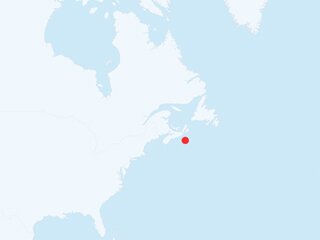 On November 10th 1988, the Liberian tanker ODYSSEY, almost fully loaded with a cargo of 132,157 tonnes of North Sea Brent crude oil, broke into two and sank in heavy weather in the North Atlantic 700 miles off the coast of Nova Scotia while on voyage from Sullom Voe, Shetland Islands to Come by Chance, Newfoundland.  Fire started on the stern section as it sank and the surrounding oil caught fire.

Due to the rough weather conditions, the Canadian Coast Guard was only able to come within 1.75 miles of the vessel whilst on fire. As the incident occurred 700 miles from the nearest coastline, there were no concerns about pollution as the oil was expected to dissipate naturally.