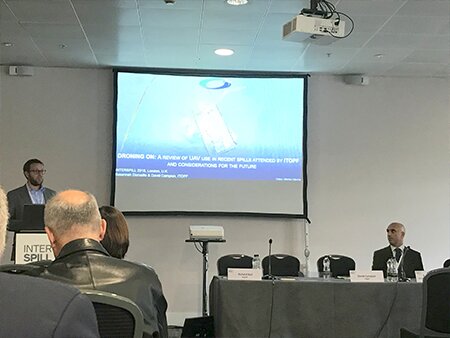 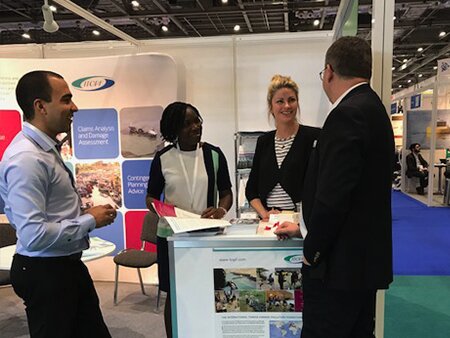 ITOPF played an active role at INTERSPILL 2018, the leading European oil spill conference and exhibition, which took place in London from 13th -15th March. As an INTERSPILL steering committee member, ITOPF variously ran training courses, presented papers, chaired sessions and manned a stand in the exhibition area to raise awareness of its activities. To take advantage of so many friends and partners from the spill community being in town, ITOPF also hosted a very popular drinks reception the evening before the opening of the conference as part of its 50th anniversary celebrations.

On the business side, ITOPF's week started with a joint training course with OSRL on Oil Spill Fundamentals on Monday 12th March. This attracted around 40 delegates and provided an introduction to the first principles of responding to oil spills, including the key techniques in the responder toolkit and the principles and concepts that allow responders to determine the most appropriate strategy for a particular scenario.

During the opening plenary session on Tuesday 13th March, Richard Johnson delivered a White Paper on environmental damage which explored the evolution of how this issue has been defined and dealt with over the past 50 years of oil spill response and what might happen in the future.

In the afternoon session on Surveillance in Practice, David Campion presented a paper on the use of UAVs in spill response, whilst Ann Zhang considered environmental damage compensation in China following ship-sourced oil spills during the session on Effective Preparedness, which was chaired by Richard Johnson. Nicola Beer rounded off the conference on Thursday 15th March with an overview of recent marine ship source spills attended by ITOPF in the Case Studies session.

Throughout the week, ITOPF and Cedre ran a series of free-to-attend Science Workshops in the Exhibition Floor Theatre, each consisting of three presentations on the latest industry developments followed by an interactive chaired discussion. The workshops covered Shoreline Surveys, HNS Pollution, Response in Cold Environments and Marine Pollution Impacts.

ITOPF also participated in a workshop organised by the European Commission, DG Echo and EMSA on risk assessment and response planning in Europe which was held alongside INTERSPILL, with Naa Sackeyfio presenting a paper on Frequency and typology of incidents in European waters.

As a focal point for networking with our industry and government colleagues, ITOPF's exhibition stand proved very successful, and also served as a good opportunity to highlight our role, distribute our publications and showcase our series of films.