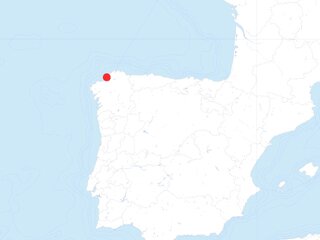 On 12th May 1976 the tanker URQUIOLA struck bottom on entering the port of La Coruña and began leaking oil. To avoid the risk of an explosion within the harbour, it was decided that the vessel should return to sea where repairs or offloading could take place.  However, the URQUIOLA struck bottom again on its way out of port and then ran hard aground between the two entrance channels with its bow resting in approximately 30m of water. The majority of the crew abandoned ship prior to several explosions and a large fire which killed the master of the vessel. Black smoke spread out over the city of La Coruña, while oil spread rapidly throughout the port and towards the surrounding coastline. It was estimated that 100,000 tonnes of Arabian Light crude oil was spilt during this incident, most of which burned, and an estimated 25-30,000 tonnes washed ashore.

Over 2,000 tonnes of dispersant was applied from vessels and helicopters to combat the spread of oil at sea. At-sea collection efforts were also attempted, but were hampered by the oil forming an emulsion and mixing with debris. On 21 May a smaller tanker and a tug began lightering the vessel and managed to remove approximately 8,000m3 of oil before rough seas halted these efforts and broke off a section of the bow.

Shoreline clean-up efforts with limited mechanical support were undertaken. Problems arose with secondary oiling and with mechanical equipment churning oil deeper into the sand on the beaches. The large tidal range in the area caused further complications for shoreline clean-up. Shellfish stocks were significantly affected by the spill, and limited bird and fish impacts were also reported.