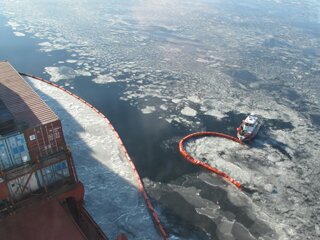 The paper begins by examining the incidence of major marine oil spills from tankers and other types of ships before describing the potential for controlling the resulting pollution. Particular attention is given to the technical and organisational problems associated with combating major marine oil spills and to some of the 'new directions' that have become evident in recent years, not all of which are helpful. Whilst our ability to deal with oil spills has improved greatly over the past thirty years, there have been no dramatic developments in spill response technology and it is probably unrealistic to expect any in the near future. This statement is justified in this paper by illustrations drawn from ITOPF's first-hand experience of having attended on-site at some 400 incidents in more than 75 countries world-wide.