When oil is spilled at sea it normally spreads out and moves on the sea surface with wind and current while undergoing a number of chemical and physical changes. These processes are collectively termed weathering and determine the fate of the oil.

Some of these processes, like natural dispersion of the oil into the water, lead to the removal of the oil from the sea surface, and facilitate its natural breakdown in the marine environment. Others, particularly the formation of water-in-oil emulsions, cause the oil to become more persistent, and remain at sea or on the shoreline for prolonged periods of time.

The speed and relative importance of the processes depend on factors such as the quantity spilled, the oil’s initial physical and chemical characteristics, weather and sea conditions and whether the oil remains at sea or is washed ashore.

A number of models are available for predicting the trajectory and weathering of oil spills at sea.  These can serve as a useful guide to understanding how a particular oil is likely to behave and help in assessing the scale of the impact  which a spill might cause.

Oil and its Properties

Crude oil is made up of a wide range of hydrocarbons ranging from very volatile, light materials such as propane and benzene to more complex heavy compounds such as bitumens, asphaltenes, resins and waxes.

Refined products such as gasoline or diesel are composed of smaller and more specific ranges of these hydrocarbons.

The main properties which affect the fate of spilled oil at sea are:

When considering the fate of spilled oil at sea, a distinction is frequently made between persistent oils and non-persistent oils.

As a rule, persistent oils break up and dissipate more slowly in the marine environment and usually require a clean-up operation. Persistent oils typically include crude oils, fuel oils, lubricating oils and heavier grades of marine diesel oil.  These oils pose a potential threat to natural resources when released, in terms of impacts to wildlife, smothering of habitats and oiling of amenity beaches.

In contrast, non-persistent oils will dissipate rapidly through evaporation. As a result, spills of these oils rarely require an active response. Non-persistent oils include gasoline, light diesel oil and kerosene.

Impacts from non-persistent oils may include effects on paint coatings in marinas and harbours and, at high concentrations, acute toxicity to marine organisms. 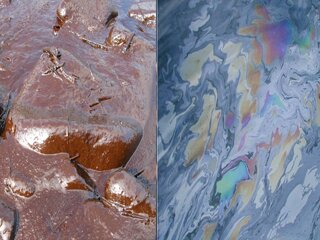 Persistent vs. non-persistent oils: What you need to know (2001)

The concept of persistence in relation to oil spills probably originated after the Torrey Canyon incident in 1967. This is when discussions first arose regarding various new measures to protect the marine environment and to manage marine oil spills, particularly in relation to liability and compensation. 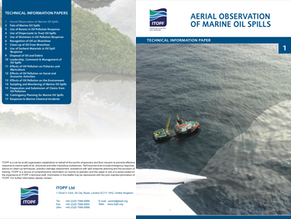 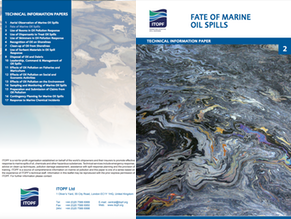 This paper describes the combined effects of the various natural processes acting on spilled oil, collectively known as ‘weathering’. Factors which determine whether or not the oil is likely to persist in the marine environment are considered together with the implications for response operations.