Chemical spills occur at a much lower frequency than spills of oil. However, the consequence of a chemical spill can be more wide reaching than that of oil and there is growing international awareness of the need for safe and effective contingency arrangements for chemical spills.

The wide variety of chemicals transported, their varying physical and chemical properties, the different ways in which they behave in the environment and the potential for effects on human health mean that response to chemical spills is not as straightforward as for oil.

Not all chemicals transported by sea are considered hazardous. The 2000 OPRC-HNS Protocol, designed for preparedness and response, defines HNS as a substance other than oil which if introduced into the marine environment is likely to create hazards to human health, to harm living resources and marine life, to damage amenities or to interfere with other legitimate uses of the sea.

However, the 2010 HNS Convention, designed for compensation, describes HNS as a substance identified in one or more lists in the International Maritime Organization's Conventions and Codes.

A general guide is that if the chemical concerned has i) a low biodegradation rate or high persistence, ii) a high bioaccumulation rate or iii) is classed as toxic / flammable / explosive / corrosive or reactive, it is likely to be considered as HNS (radioactive and infectious substances are outside the scope of the HNS regime).

According to IMO regulations, any packaged cargo transported at sea which poses a threat to people, other living organisms, property or the environment should be listed on the manifest as “Dangerous Goods” and should display the appropriate hazard labels, for example as per the UN Globally Harmonised System (GHS) or the International Maritime Dangerous Goods (IMDG) code. Any packaged cargo that represent a threat to the marine environment should also display an “Aquatic Hazard” label. 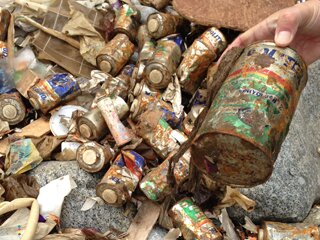 While the hazards and consequences of oil spills are well known, little information exists for chemical spills. Words such as ‘carcinogenic’, ‘mutagenic’, and ‘neurotoxic’, which appear on shipping documents, are readily misinterpreted and extrapolated to worst-case scenarios causing public apprehension and mistrust. This paper attempts to answer the question ‘Are HNS Spills More Dangerous Than Oil Spills? 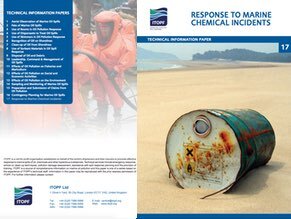 This paper provides an introduction to the issues involved in responding to chemical spills and addresses the range of hazards present, the behaviour of chemicals when spilt at sea and briefly reviews available response options.