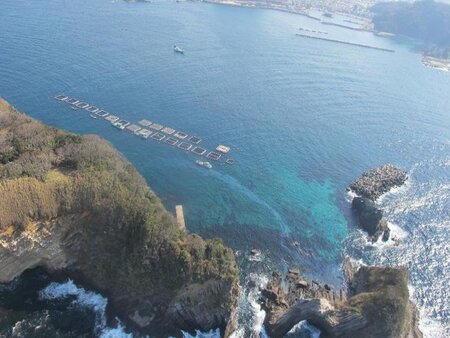 Agriculture can also be an integral economic activity to many coastal communities, but the vulnerability, and sensitivity, of this sector to marine oil spills is not well documented or understood. In ITOPF's experience, oil spills affecting agriculture are less common than those that impact fisheries and mariculture. As a result, knowledge and capability to effectively respond to cases when agriculture is a key vulnerability, are frequently lacking. Many agricultural activities are wholly land-based and not dependent on the interaction between the land-sea interface. As such, they are buffered and unlikely to be directly impacted by oil spills. However, in many countries around the world, tidal agriculture is an important contributor to the economy, closely dependent on the intertidal zone at the land-sea interface, and these industries can be highly vulnerable to oil spills. Specific activities that have been considered as tidal agriculture for the purpose of this paper include; salt production, rice cultivation and the rearing of high value/speciality livestock (e.g. salt marsh lamb).

In almost fifty years since ITOPF's establishment, a number of cases attended on site have involved tidal agriculture as a key vulnerability that has influenced the nature and direction of a response. A review of these cases has shown some recurring themes in the main considerations and challenges associated with clean-up and impact mitigation. Using case studies of oil spills ITOPF has attended in Asia, Europe and South America, this paper will discuss these key considerations in turn, and describe, through the case studies, how they were resolved or addressed. This paper will also summarise the findings to provide general guidance for responding to oil spills where tidal agriculture is an important industry.