The EVOIKOS and PONTOON 300 incidents - the Technical Adviser's perspective (1998) 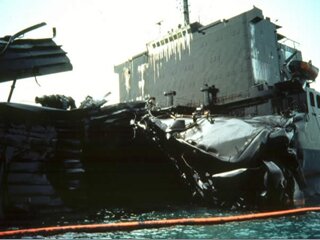 The oil spills from the tanker EVOIKOS off Singapore and the barge PONTOON 300 in the United Arab Emirates (UAE) were major incidents which severely tested response arrangements in the two countries. Both spills were of persistent residual fuel oils, the former a heavy fuel oil (HFO) and the latter an intermediate fuel oil (IFO), and both involved use of equipment stockpiles established by the Petroleum Association of Japan (PAJ) on the major oil transport routes to Japan.

The purpose of the paper is to review the two incidents in broad terms from a technical perspective, in order to identify some of the successes and difficulties experienced during the responses and to suggest improvements for the future. Understanding the type of oil and its behaviour once spilled is crucial to realising the technical limitations that this places on the response. The form of the response is, in turn, important to securing proper compensation, which proved to be a crucial issue in both incidents.